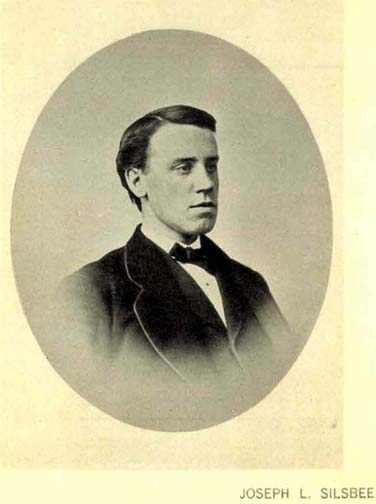 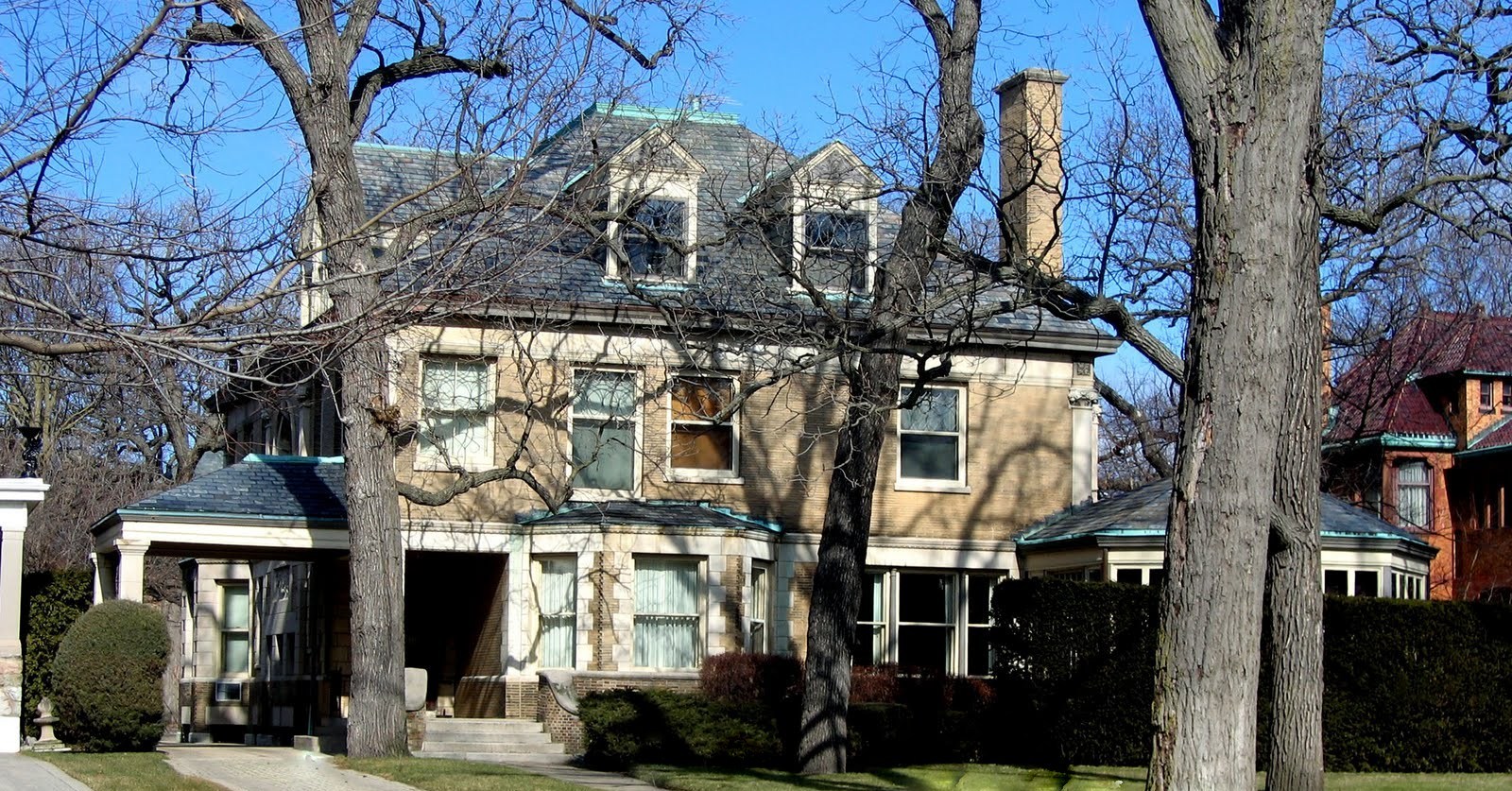 The Hammond residence is a Classical Revival style structure and shares the appearance and detailing of his West Virginia State Building and Henry Barber Residence, both also designed in that year.
It is constructed of buff-colored Roman brick with stone trim.
The overall appearance of the home is classical but like many of his buildings Silsbee does does not adhere to strict rules of symmetry and scale in it's design.
The windows are ample in size, minimizing the overall exterior wall surface and they are arranged in a somewhat random pattern on the exterior.
The main body of the home is organized beneath a large hipped roof punctuated by two over-sized dormers at the front.
A porte-cochere to the west and large, once open, octagonal porch to the east add to the asymmetry and give the home an horizontal stature.
Wood picketed cresting once added detail to the top of the hipped roof and also surrounded an open deck above the front bay window. 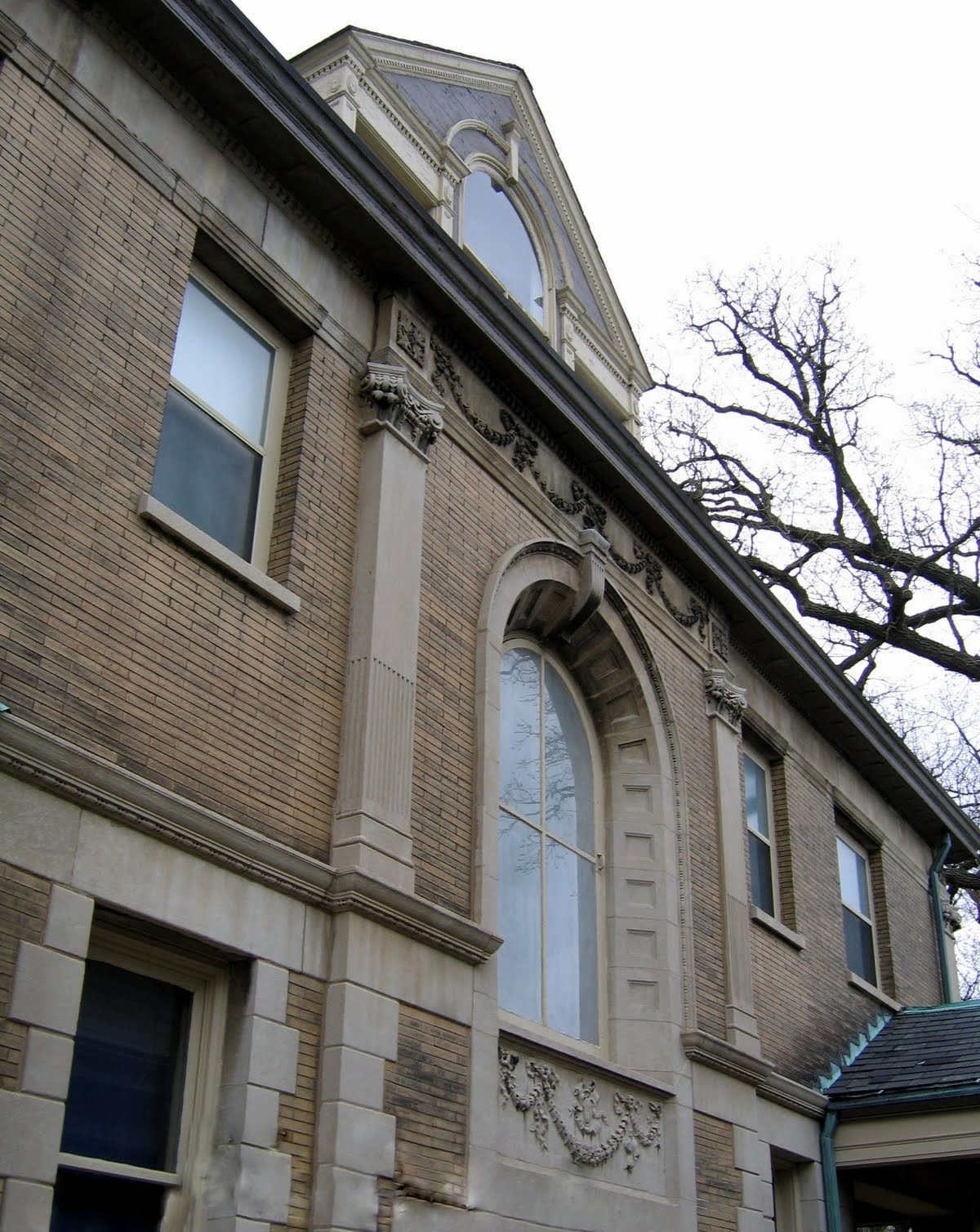 The exterior is accented with finely carved stone piers at the corners and side entry.
Rosettes can be seen above of each pier.
Large festoons at the side entry, beneath the large stair landing window frame a cartouche bearing the letter "H" : 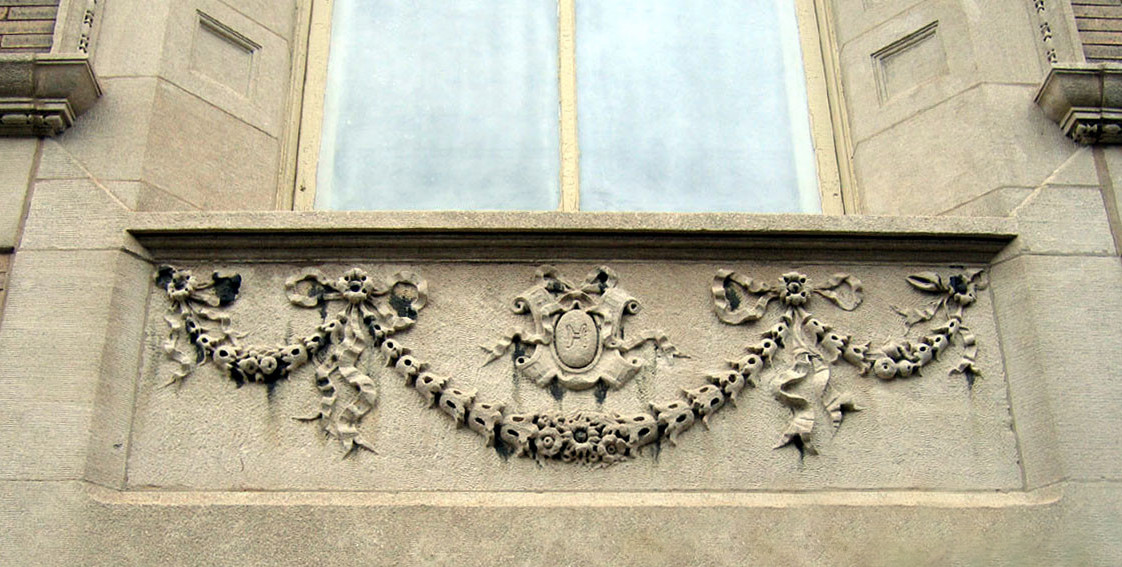 Similarly detailed mosaic work and wood carving are found on the interior of the home.
The decor has many traditional classical forms including the anthemion leaves or palmettes, bead and reed as well as egg and dart molding. 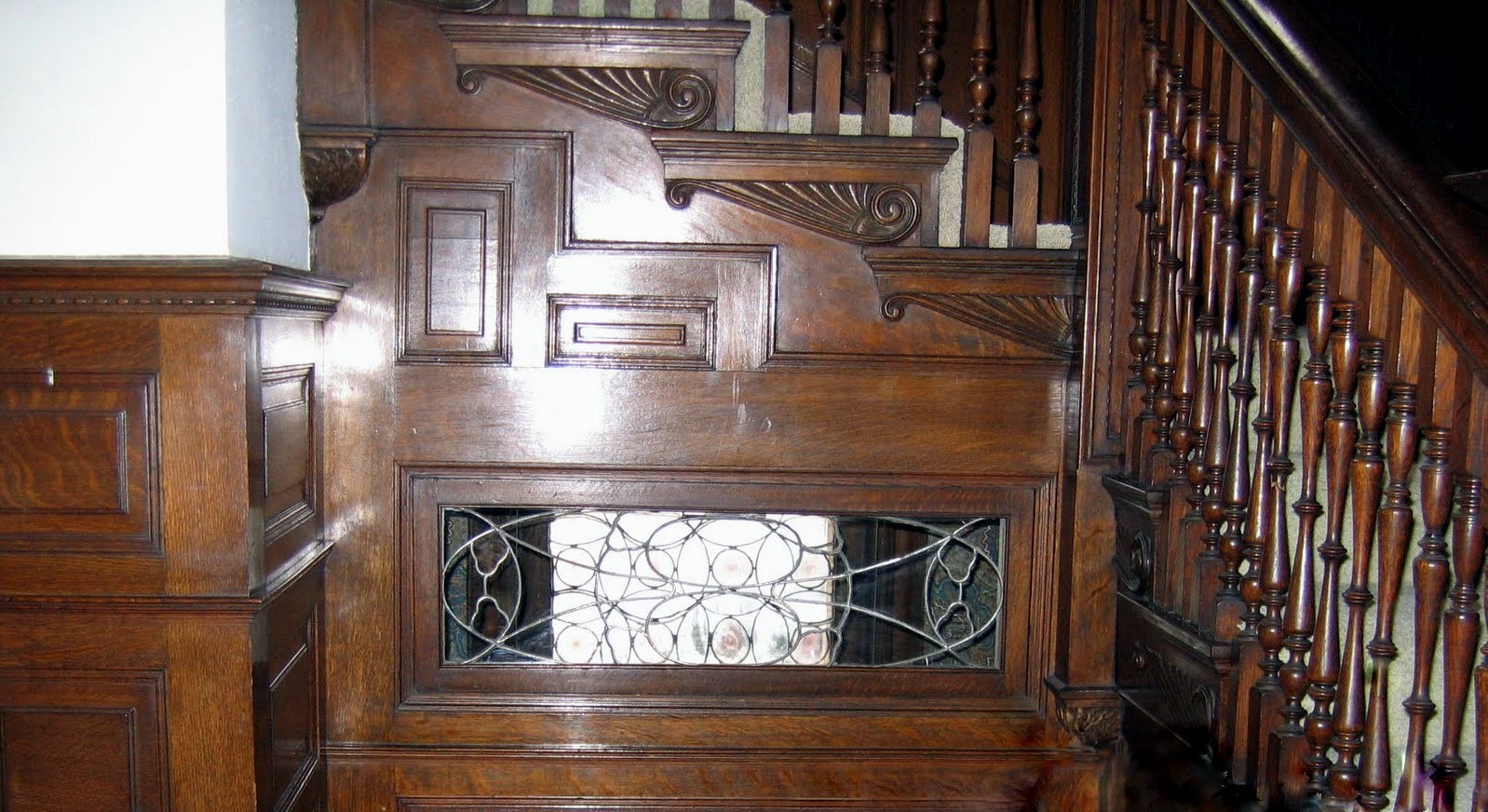 As with many of his homes, the stairway is a prominent feature with a lot of attention given to it's detail and arrangement.
The size of the stair hall is one of the largest rooms in the home and it opens up to a second story space that allows light to come in from both floors.
Additional measures are taken to bring in borrowed light from adjacent spaces.
The leaded glass is unique and like window designs found in other homes he designed, it is an original combination of geometric and foliate forms that evoke both Asian and Art Nouveau designs.
Below see the mosaic floor. 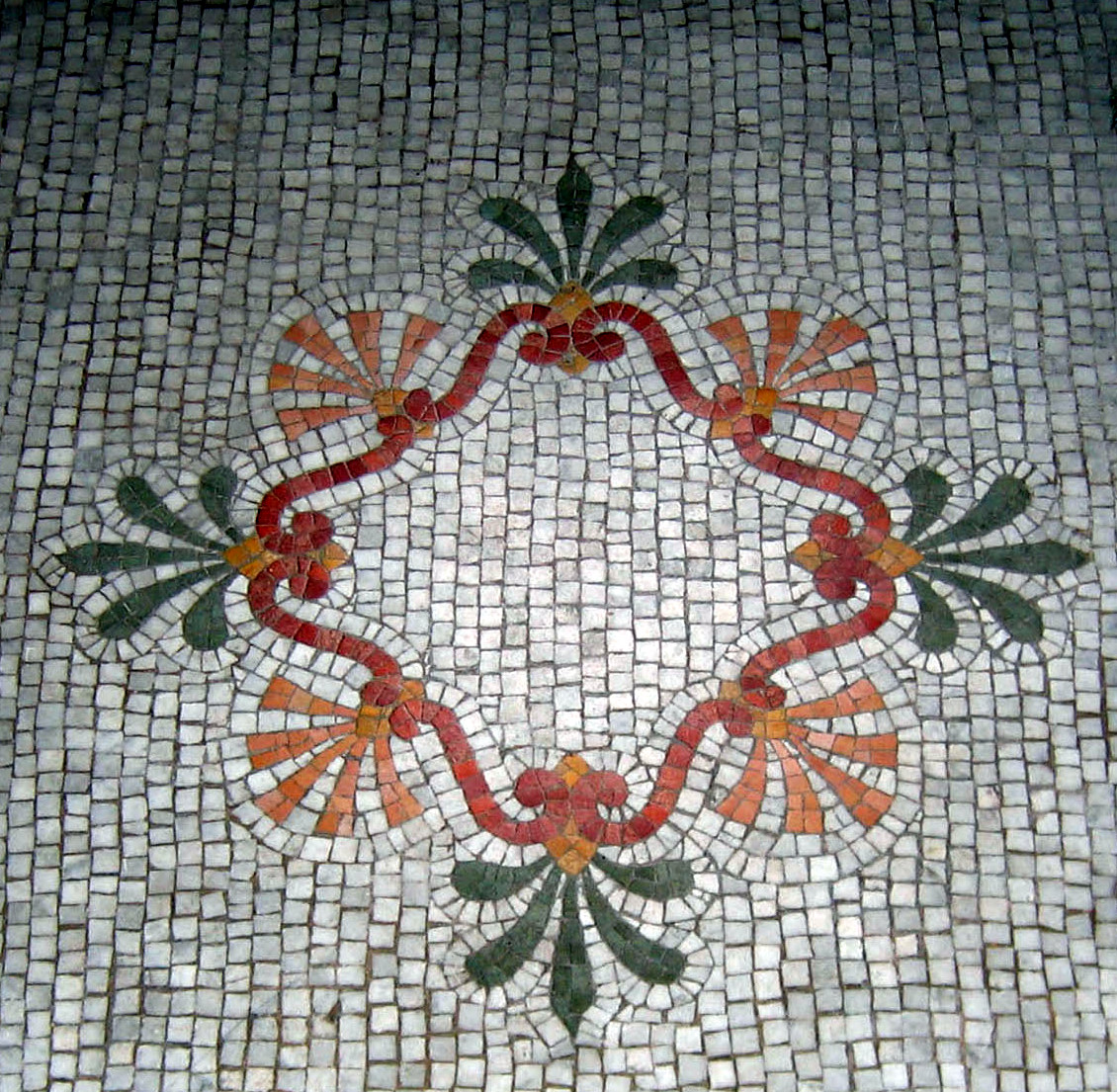 Sadly, Hammond did not live in his home very long.
Amidst a banking scandal involving his First National Bank of Illinois, he took his own life on a January morning in 1897 by drowning in Lake Michigan only blocks from his mansion.
The home has additional historical notoriety as William's son, Laurens, was born while the family lived at the home.