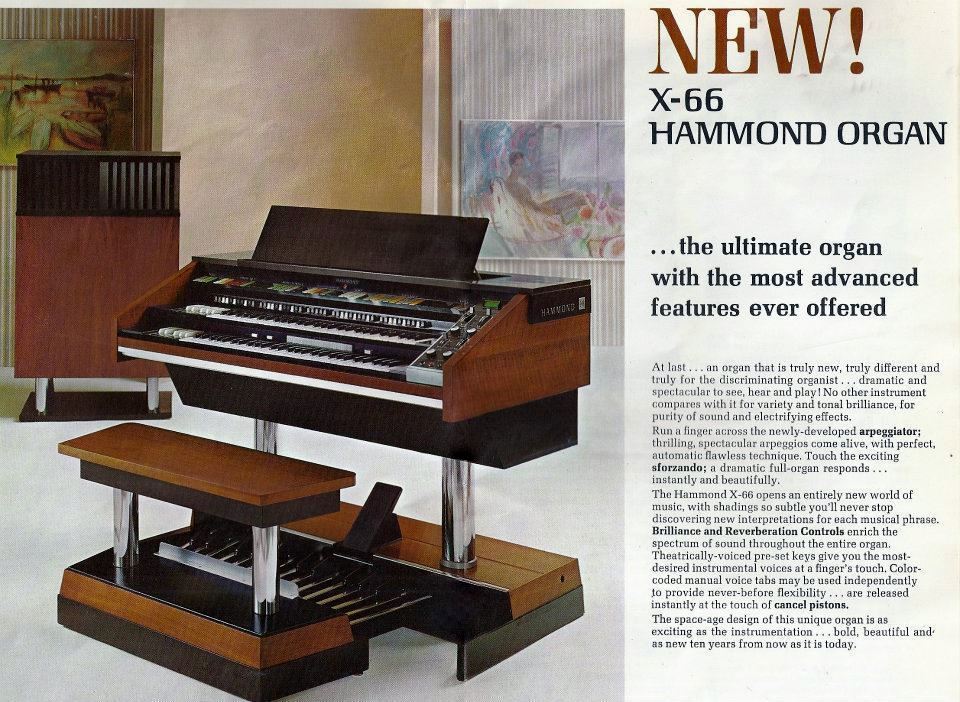 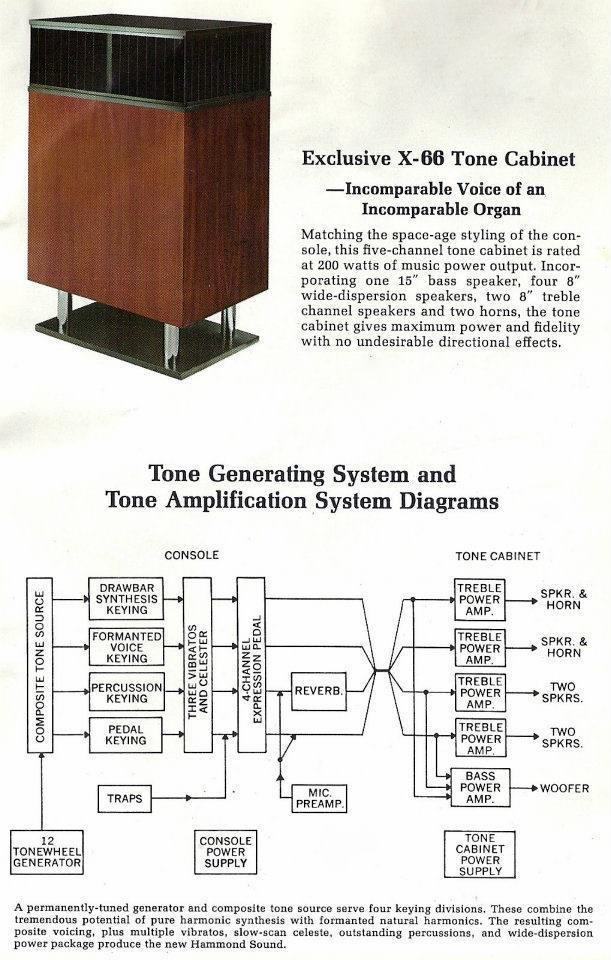 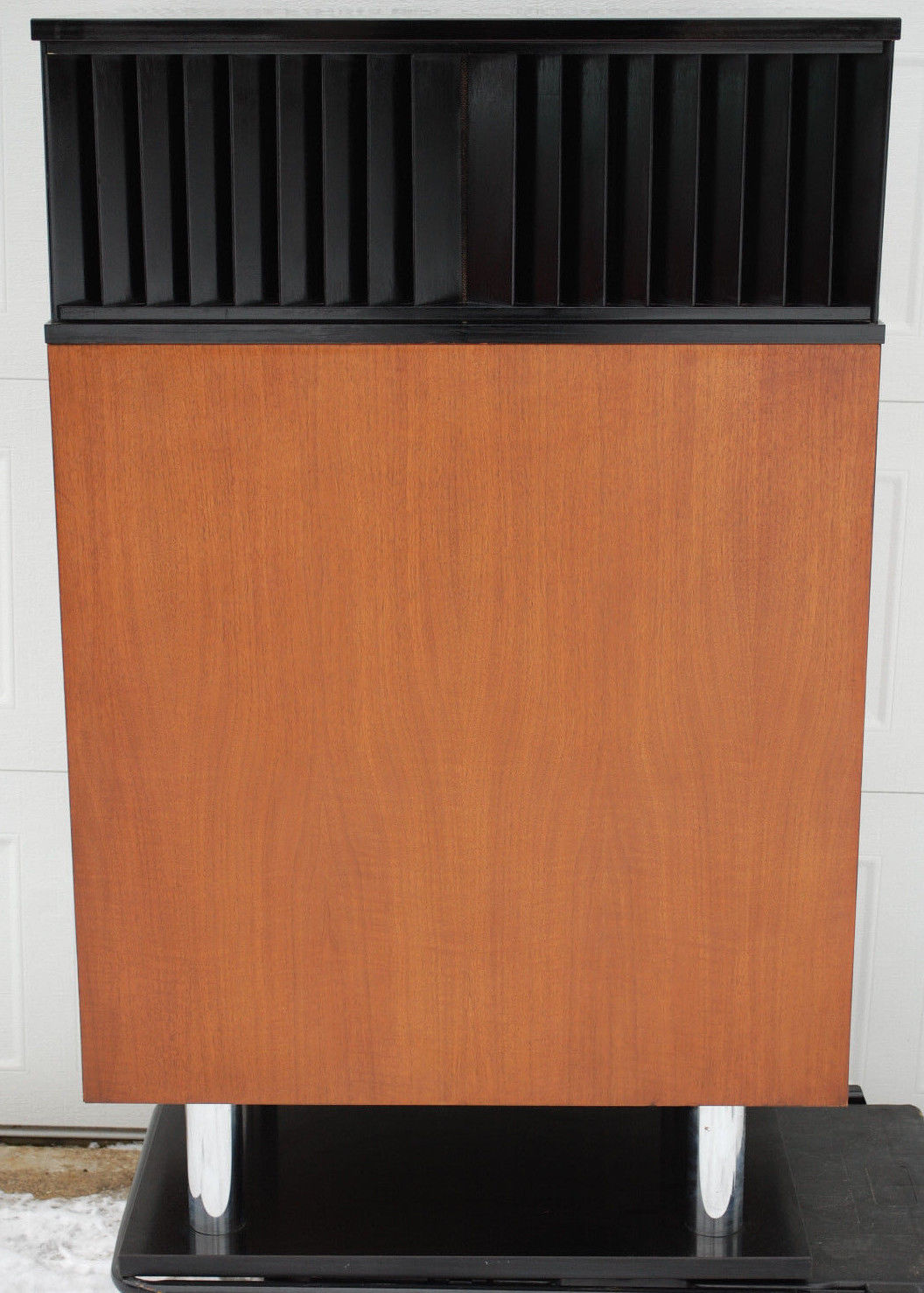 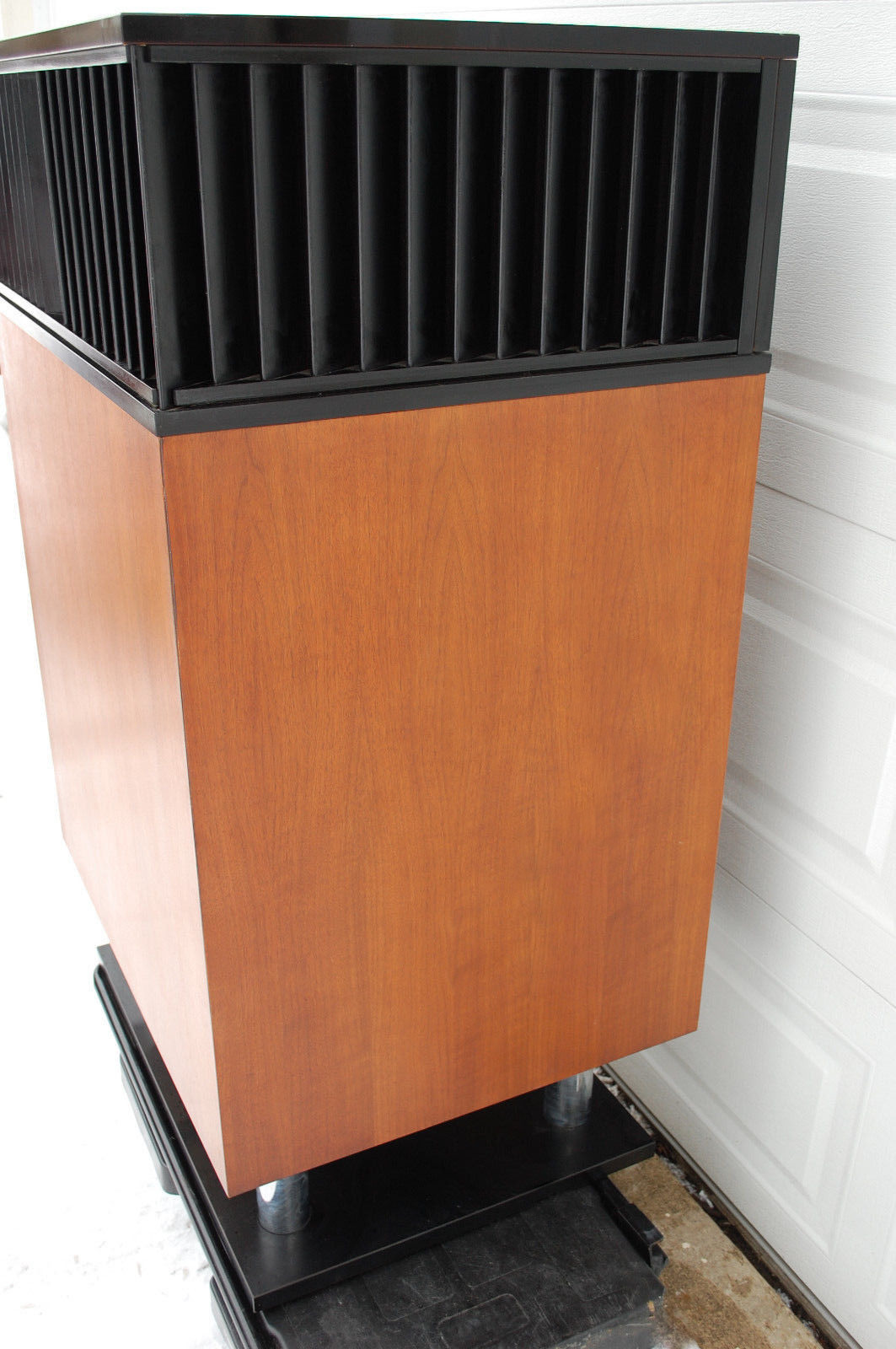 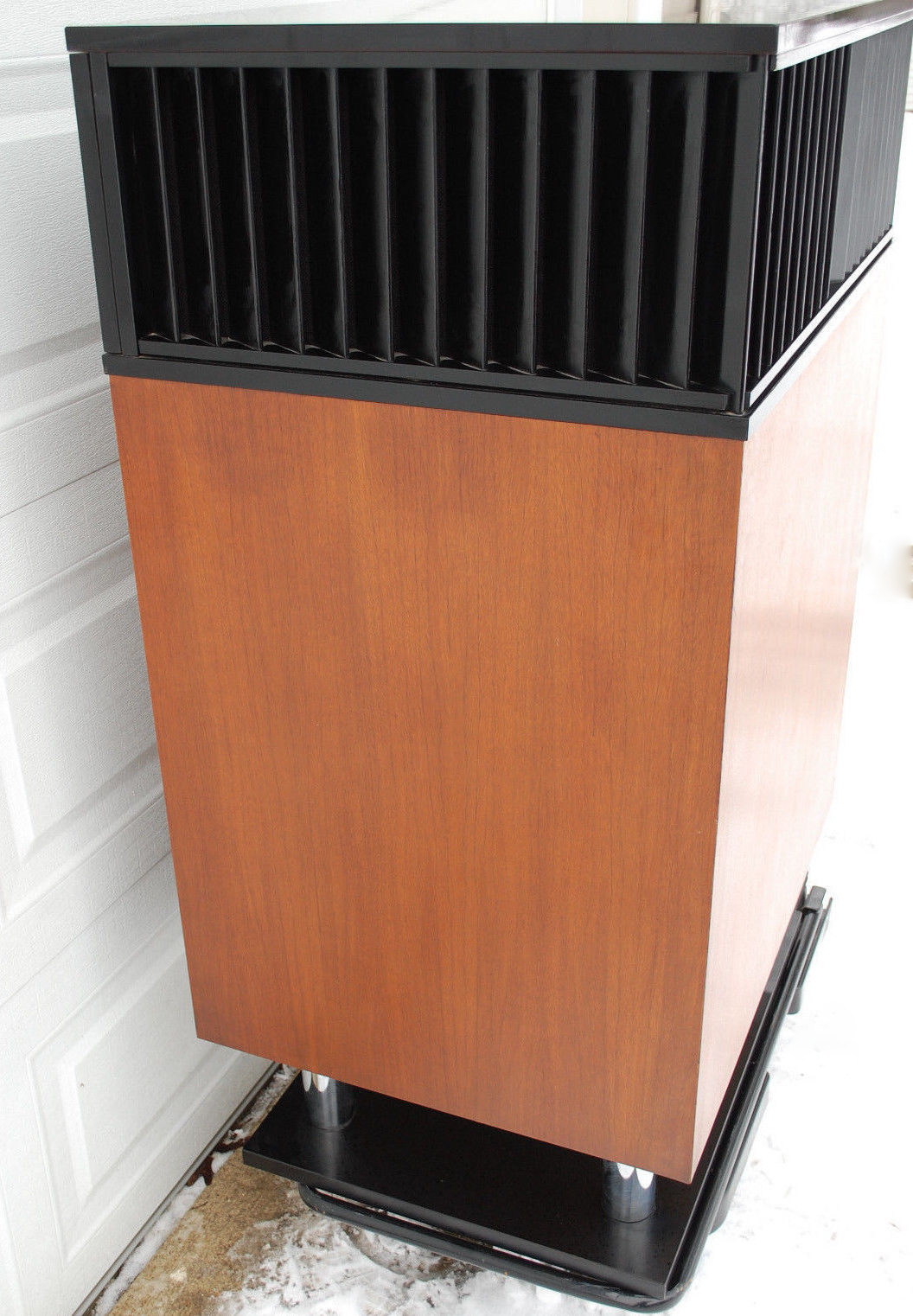 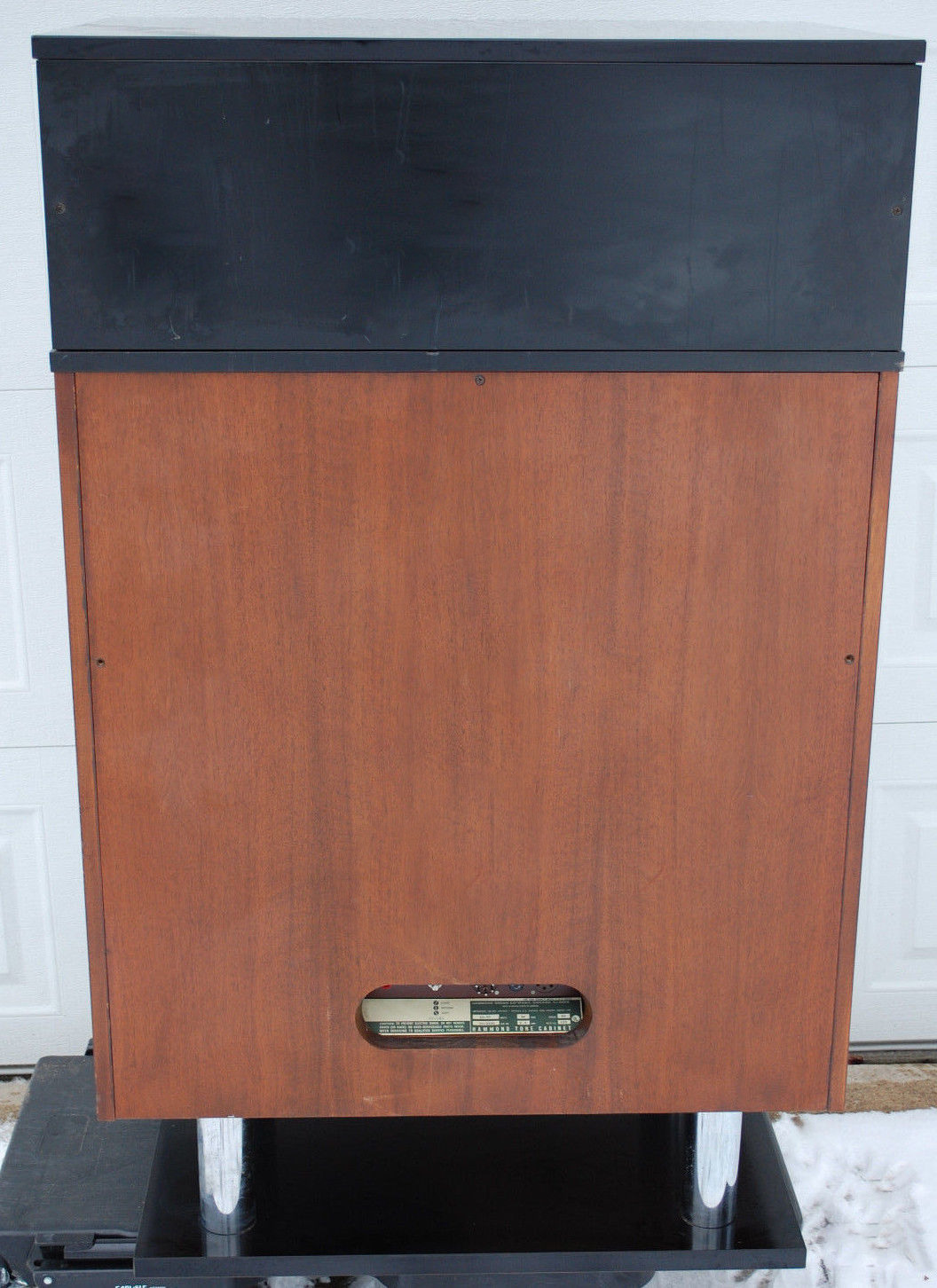 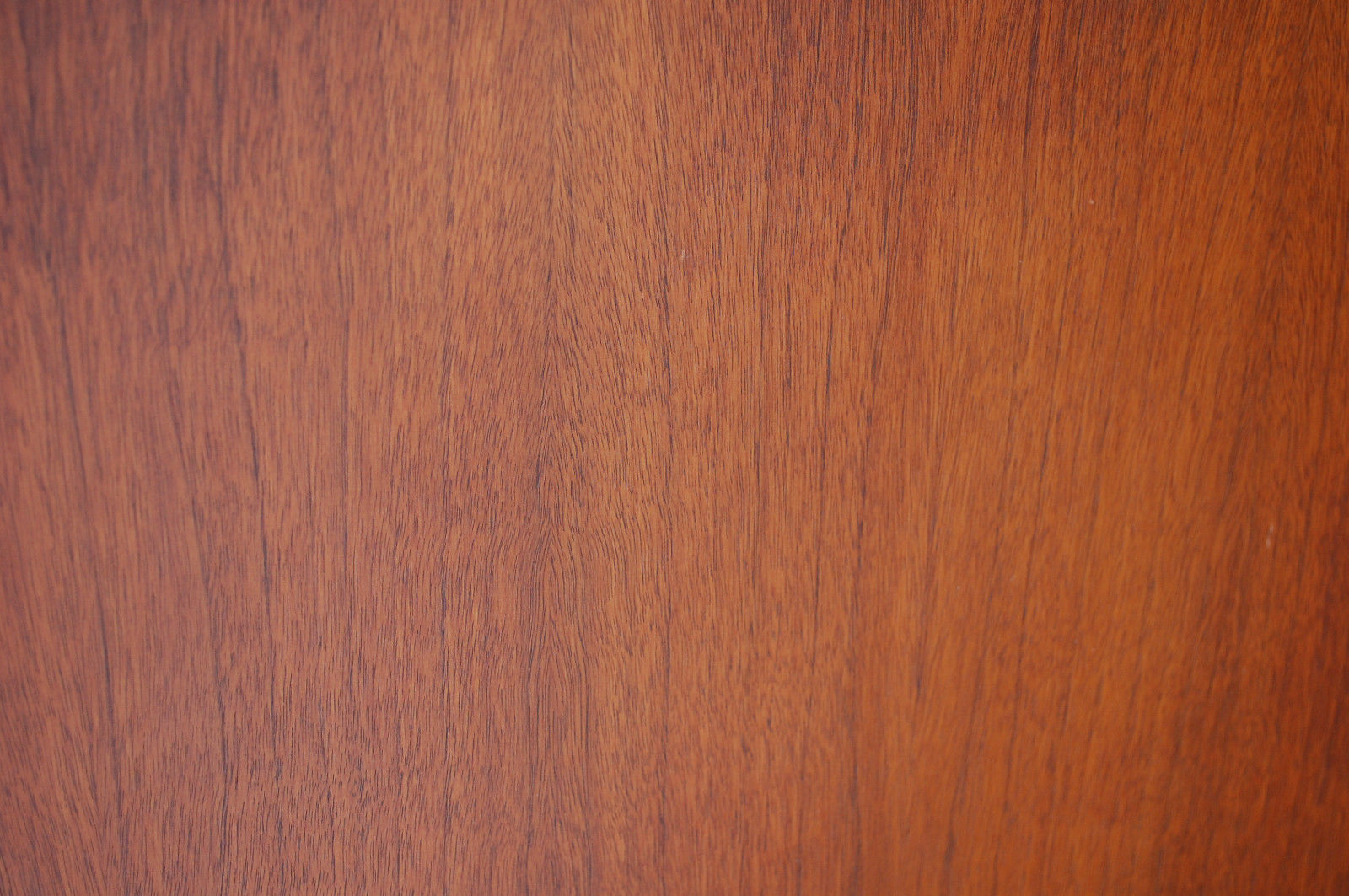 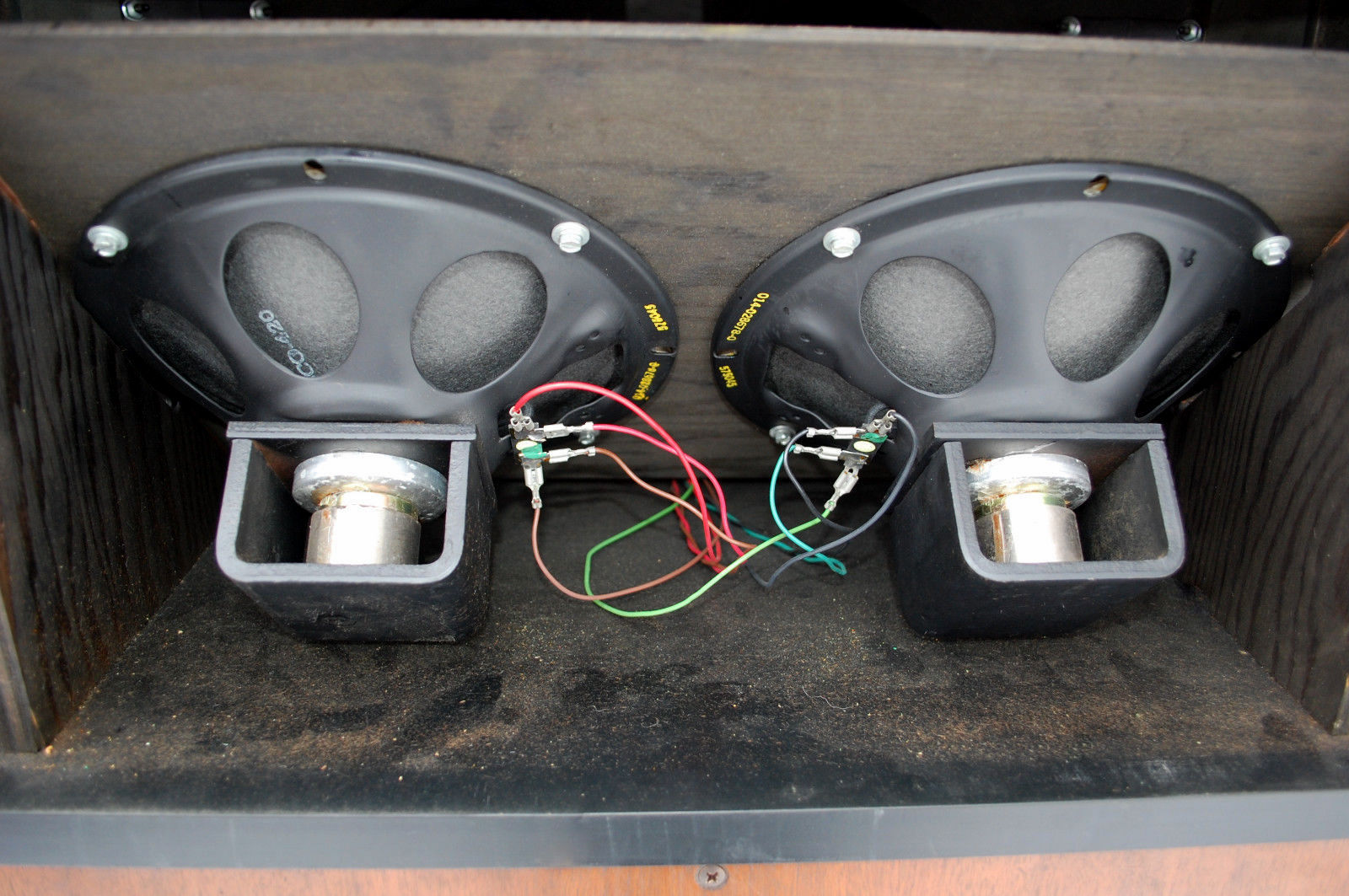 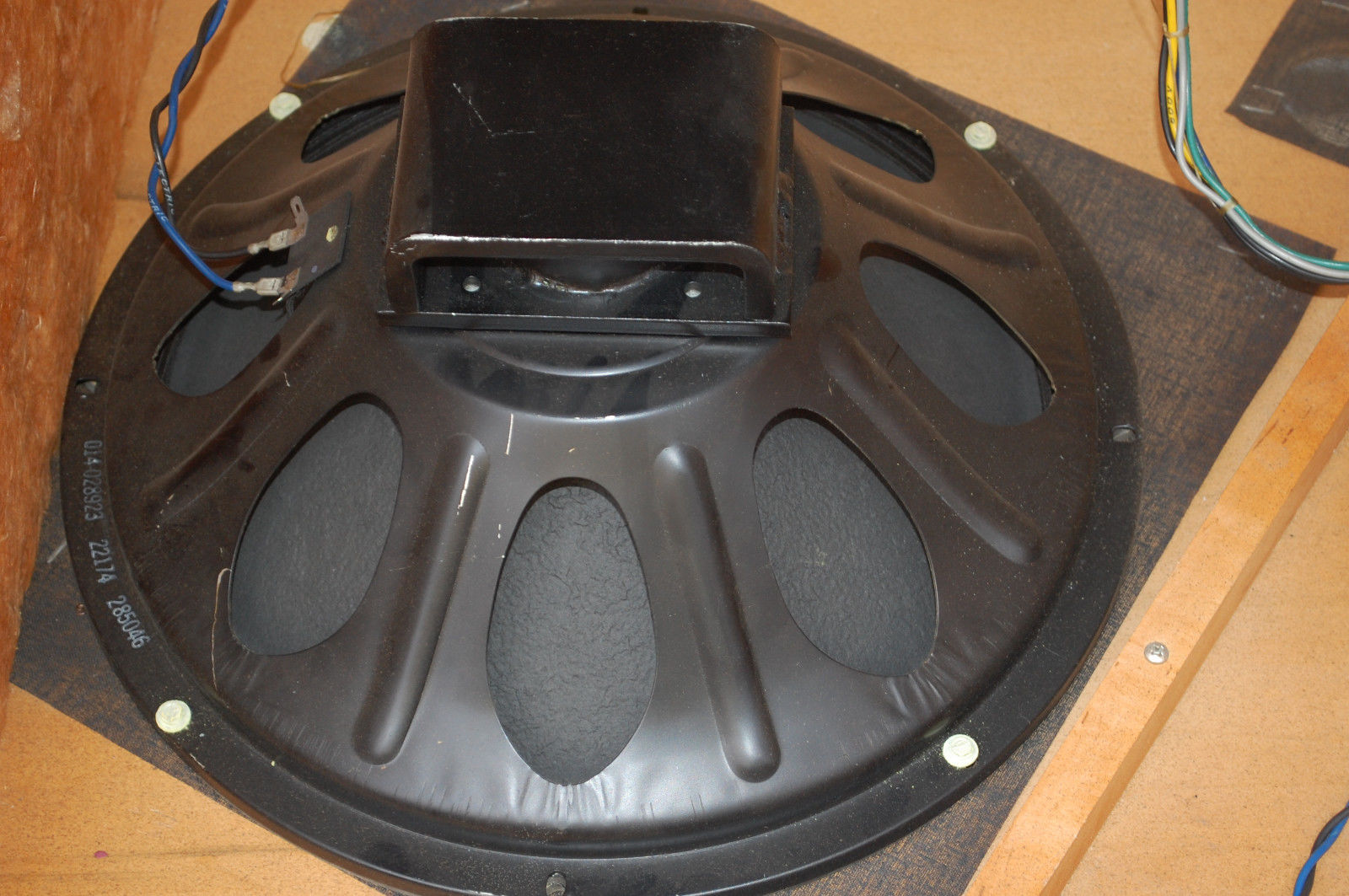 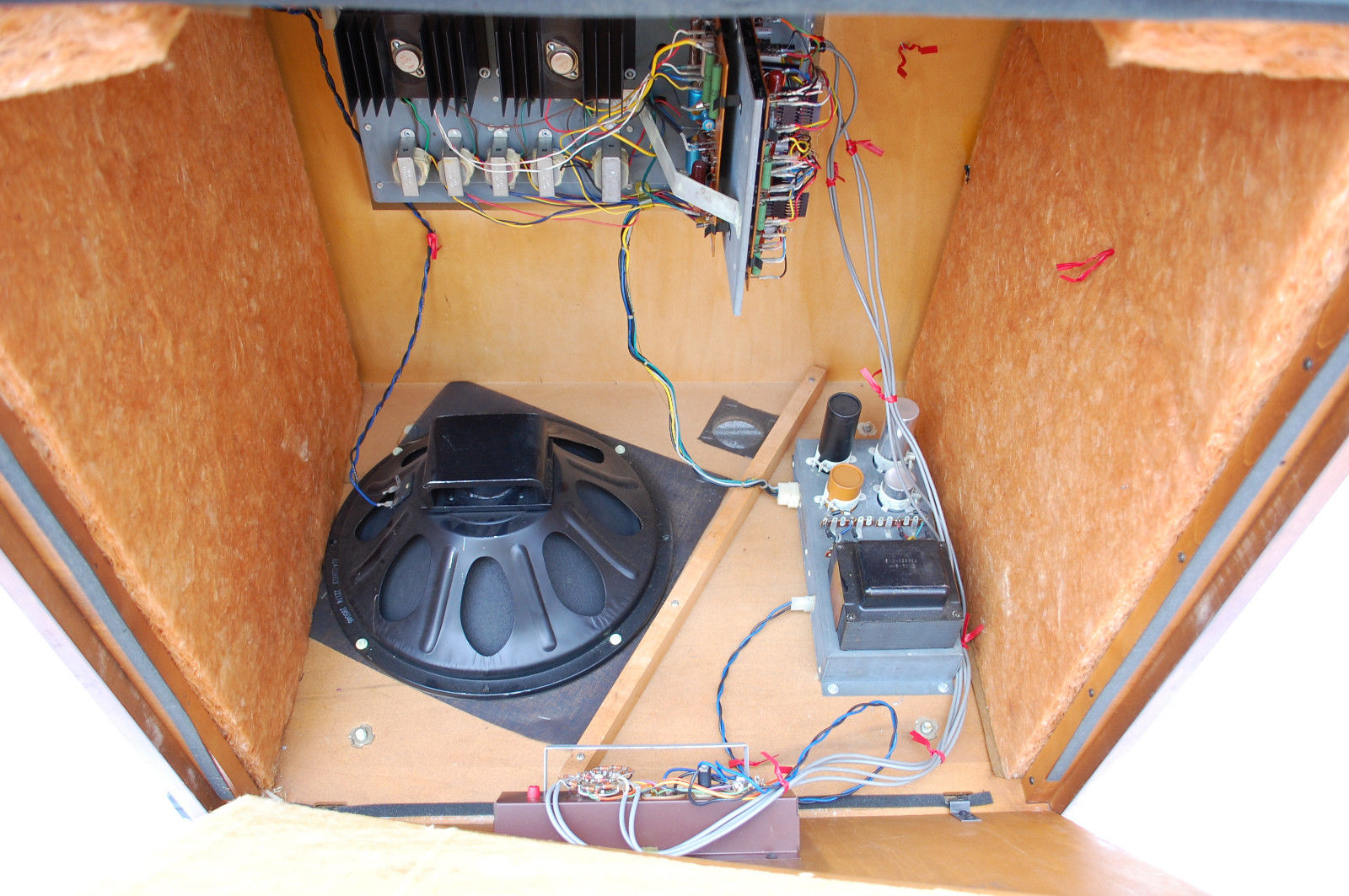 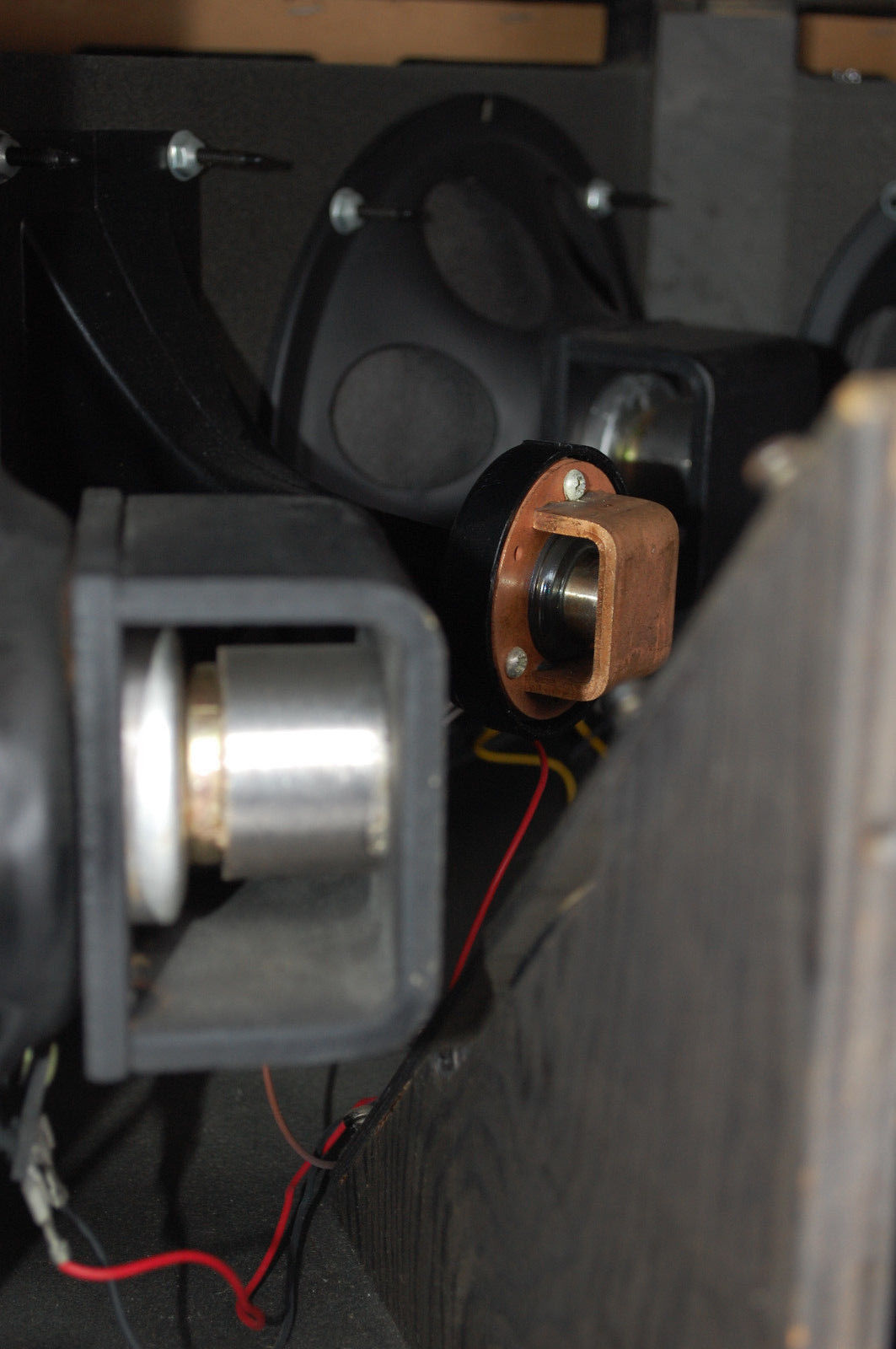 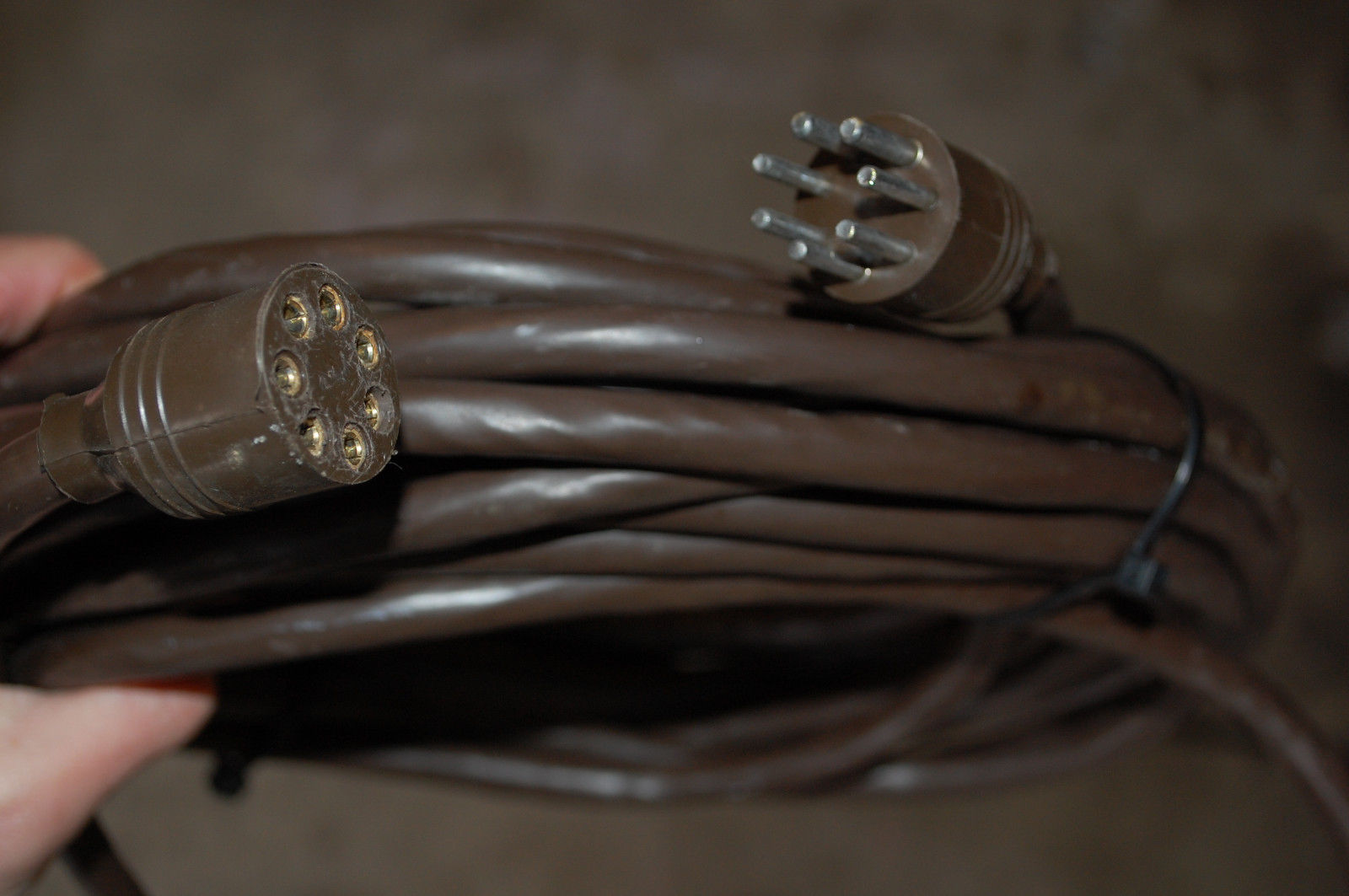 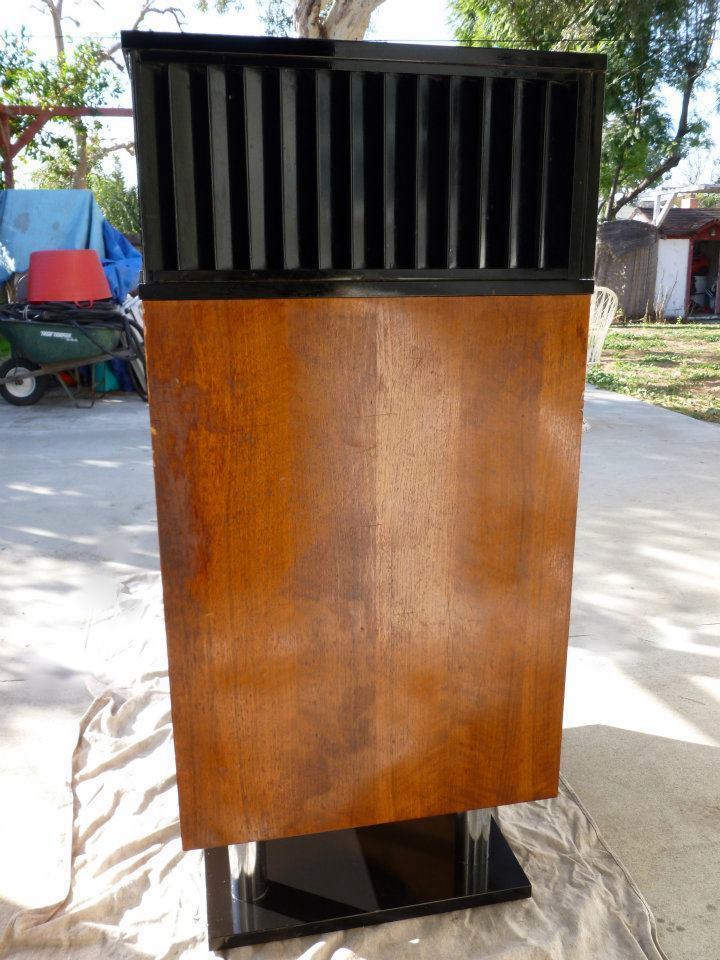 Bass amplifier.
Similarly to Treble amp's, the output devices of the Bass amp were replaced by Sitransistors.
Here again, the resistors brigdes were replaced with calculated values to correctly bias the Si power transistors.
The former 2N458A have been exchanged with MJ15016 type (see datasheet for details).
However, the performances of those devices are far superior than the previous Getransistors.
This was noticed specially in the high-ends generating so abnormal oscillations far above 20 KHz.
To overcome this phenomenon, three additional cap'swere added (C316, C317 & C318).
Refer to schematic diagram.
By doing so, those oscillations were totally cancelled out and did not affect at all the bandwidth of this amp.
To be noted that one RC cell (C319 & R330) was also added at the output of the final stage.
Here again, it is important to select resist ors R324~R327 in order to grant a 0Vdc at the output.
In this Bass amp, the pre-driver and driver transistors were found shorted and were replaced by 2N2904A for Q304 (i.s.o. 2N1375) and by
MJ2955 for Q305 (i.s.o.2N1541).
It's a good advice to also control the DC resistance of the transformer T301.
The primary side should be in the range of 7.6Ω and both secondaries at 2.0Ω
.
Initially, Q305 was shorted. This short-circuit entails the blowing up of resistor R321(50Ω, 10W) that was also replaced.
A new resistor was re-installed on ceramic spacer as well.

Cabinet TC 12-77.
When opening the rear panel of the cabinet, the fiber glass mattress was fallen down
inside and had to be repositioned correctly (hot glued) and stapled. Also the front,rear and top panels were covered with felt material
in order to reduce internalacoustical reflections.
For information, all my Leslie's are upholstered so providing a more smooth, " velvet sound " due to this damping material.
Much more pleasant sound is getting out reducing the listening fatigue tremendeously.
This way of doing was recognized by many of my friends organists.
15" Woofer.
The 15" woofer in the cabinet was probably not the original one.
When pushing by hand the diaphragm, the bottom cloth was touching the suspension creating some 'sticky' noise.
To eliminate this boring noise, a 15" wooden ring of 10 mm thickness has been cut to provide sufficient distance between the membrane
and this clothing material.
Crossover network.
Indeed, it is not a real crossover. Only capacitors C417 & C517 are used to feed the horn speakers Tibia 'A' & 'B' channels.
Those two non-polarized cap's were replaced as well since capacitance values were found out of tolerances.
Additional comments.
Power supply (recommendation only).
TC 12-77 is powered through the 7-pins cable connected to the X-66 console.
This way of powering while being convenient is questionable for two major reasons:
- European Safety Regulation: such 7-pins connectors with single insulation
AC mains cables carrying 230 Vac nearby audio leads is not meeting the
European safety regulations. Normally, a separate 3-pins receptacle has to
be installed on the connecting panel and earthed according Class I standard.
Switching ON/OFF can be done either via built-in power switch of
the AC Mains socket or more simply by using wireless command currently
found in any electric-shops.
- Audio cables connecting the X-66 console to TC 12-77 are not correctly
shielded. Hum and noise is so generated. The longest cable, the worst.