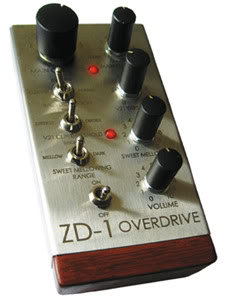 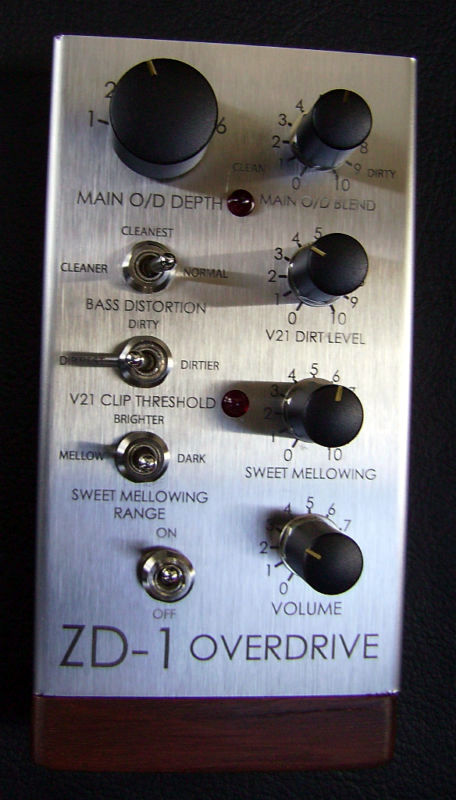 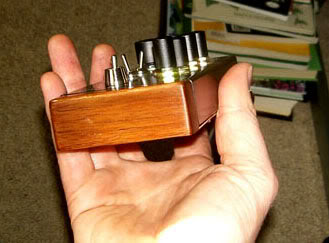 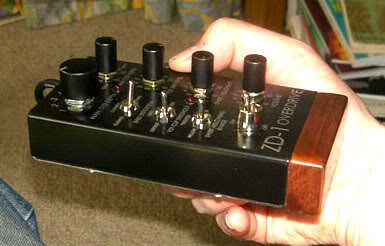 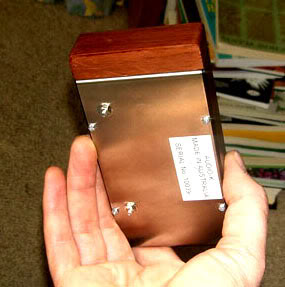 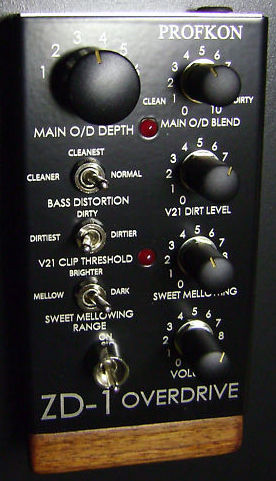 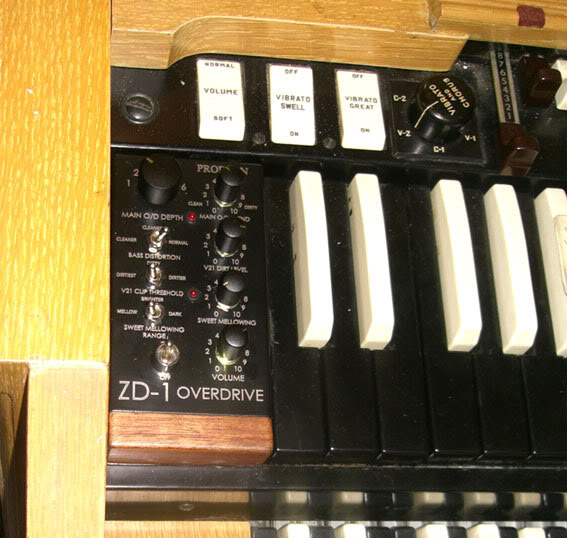 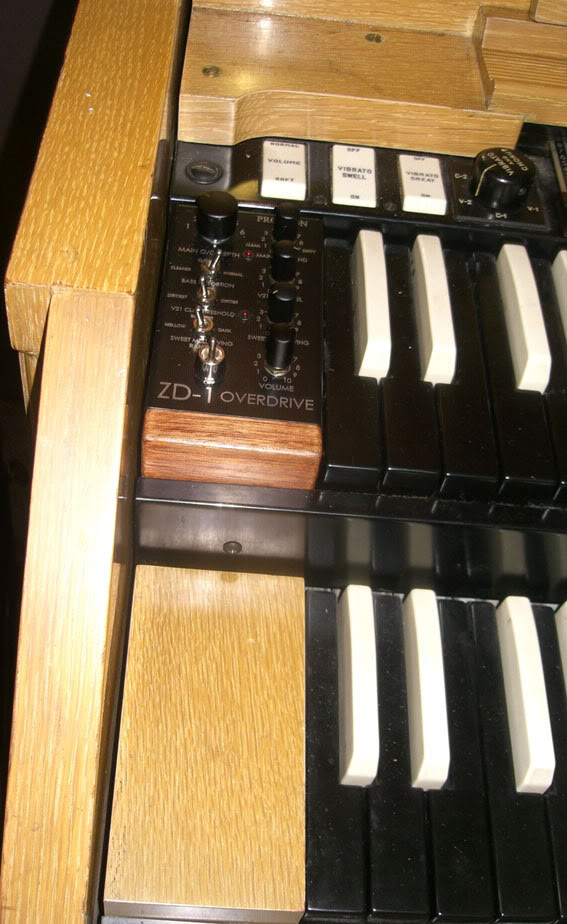 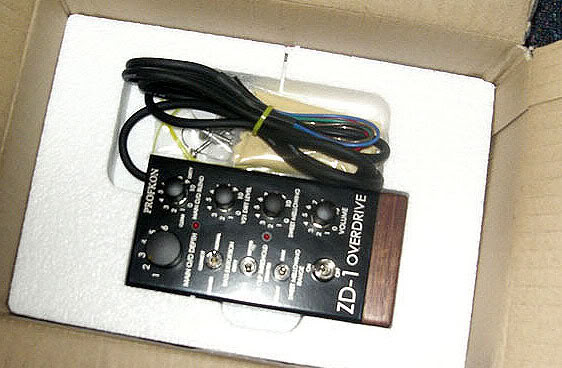 We endeavour to continue to provide the public with the best deal on this unit possible!

The ZD-1 has been developed over the past 10 years & constantly improved over time & testing to simulate the overdrive effect of a tube amp driven hard into a Leslie cabinet.

These units allow you to create a finely tuned overdrive effect with fine control for both speakers in your Leslie cab or any Leslie simulator without driving your amp(s) to near destruction as well as fine tuning of the bass & treble elements unlike basic overdrive units in order to achieve remarkable results.
With the ZD-1 many popular overdrive characteristics are achievable at comfortable listening levels without having to drive your amp(s) hard & disturbing neighbours.

NOW COMPATIBLE WITH PLUGINS, SOUNDCARD, CLONE WHEEL ORGANS, SYNTHESIZERS & ANYTHING YOU CAN THINK OF THAT REQUIRES A CONTROLLABLE OVERDRIVE.

The ProfKon ZD-1 Overdrive unit is designed specifically for the Hammond tone wheel console organs with the balanced GG output terminals on the organ preamplifier. These Hammond organ models include the following organs which were built between 1935 to 1975:

Distortion unit for Hammonds marketed by Patrice Gagne in Montreal

It is easy for a DIY'er to say something such as that the ProfKon ZD-1 can be built for less than $40 in parts and then placed in a jiffy box as an amateur "backyard" project but the reality is that it costs significantly much more to produce a high qualiy professional production version of the ZD-1.
There are indeed very expensive engineering and manufacturing costs for things such as the CNC and engineering costs for the stainless steel case, the printed circuit board, the real timber finished piece. This is a labour intensive unit to build because of the good quality switches and potentiometers and the long cable having to be assembled in the small space
inside the cheek block sized case.

The ZD-1 is a low volume production product for a niche market so therefore the production costs are significantly higher than what they would be if this was a mass production product built in China by a large company. Here in Australia as well as in other western nations the labour charges are much higher thus adding to the engineering and the production costs of the ZD-1.
Because of all the overheads and the outlays we will be not actually be making much money from the sale of each ZD-1 so therefore it has to be cost effective for Audio K (the manufacturer of the ProfKon ZD-1) to manufacture and sell the ZD-1.

Although the $597 price may seem very high, the reality is that there is a very small profit margin and even what little profit is made by each ZD-1 that is sold will be going back to the development of other products including other passive overdrive units for clone wheel organs, keyboards and recording studio use as well as active powered solid state overdrive
units and also tube based overdrive units for Hammond organs, clone wheel
organs, keyboards, electric guitars and recording studio use.

Currently much more money has been spent in the development and production of the ZD-1 by the manufacturer than the expected monetary return because it is expected that the ZD-1 will sell on a long selling cycle rather than something that is expected to quickly sell in large quantities.

The ZD-1 is a totally passive overdrive circuit without the need for any power supply and it is intended for those who want to be able to produce various levels of realistic sounding tube overdrive distortion simulation at any reduced volume level so that the organist will no longer be forced to play the Leslie or any other external tube amplifier at impractical full
blast volume levels in order to get the distortion sound.
Because the ZD-1 is a totally passive overdrive unit, there is some volume loss in the heavier overdrive settings when compared to the original stock clean sound produced when the ZD-1 unit is switched off.
When the ZD-1 circuit distorts the organ signal the signal levels become compressed, especially in the heavier overdrive settings. This natural compression effect is similar to what happens when a tube amplifier is heavily overdriven except of course for the fact that the tube amplifier is actively powered up and is therefore much louder sounding.

Turning down the "Main O/D Blend" control will help to increase the output levels because a portion of the clean sound is then mixed with the heavily distorted sound.